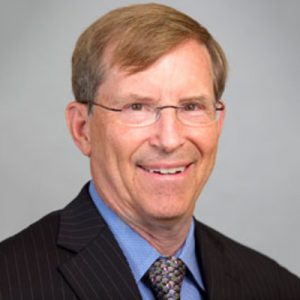 Dr. Calvin E. Mein is a board certified ophthalmologist, specializing in diseases of the retina and vitreous in private practice in San Antonio, Texas. Originally a Kansas farm boy, Dr. Mein received his undergraduate degree from Pittsburg State University in Pittsburg, Kansas. After earning a Master’s degree in Analytical Chemistry at the University of Illinois, he attended medical school at the University of Illinois Peoria School of Medicine. Graduating in the top of his class Dr. Mein was initiated into the prestigious Alpha Omega Alpha honorary medical society.

Dr. Mein completed his internship at the Letterman Army Medical Center in San Francisco. He served as a general medical officer at the Rock Island Arsenal in Rock Island, Illinois, then completed his residency in Ophthalmology at the Brooke Army Medical Center (BAMC) in San Antonio. After serving as a staff ophthalmologist at BAMC for one year, Dr. Mein completed his fellowship training specializing in RETINA and VITREOUS at the Bascom Palmer Eye Institute in Miami, Florida.

Dr. Mein served on active duty with the United States Army at Fitzsimons Army Medical Center in Denver, CO, and as the United States Army Retinal Surgeon in Europe. He spent two years stationed in Frankfurt, Germany. Dr. Mein returned to Brooke Army Medical Center in San Antonio in 1986, where he served as Chief of the Ophthalmology Service until he retired from the Army in 1991.

In 1991, Dr. Mein entered private practice in San Antonio, specializing in diseases of the retina and vitreous. He is a Clinical Professor of Ophthalmology at the University of Texas Health Science Center in San Antonio.

Dr. Mein is a member of the: