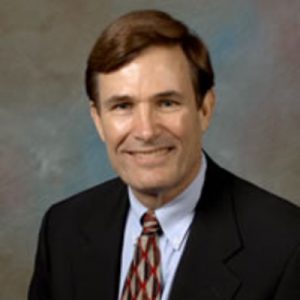 Robert A. Rice, M.D. has been faithfully serving the community of San Antonio while meeting its eye health needs since 1985. A comprehensive Ophthalmologist, he provides a wide range of services from state-of-the-art cataract surgery including multifocal IOL’s, to glaucoma and diabetic eye care. Rashid, Rice, and Flynn Eye Associates, serve as the eye doctors to the Spurs. After graduating from the U.S. Air Force Academy, Dr. Rice received his Medical Degree from Tulane Medical School in New Orleans in 1976. He completed his Ophthalmology Residency at Wilford Hall Medical Center. Dr. Rice is Board Certified by the American Board of Ophthalmology and a Fellow of the American College of Surgeons. He has been a Clinical Associate Professor at the Uniformed Services for the Health Sciences for over 15 years. Prior to opening his practice in San Antonio in 1985, he served in the Air Force for 13 years, and retired as a Lt. Colonel from the USAF Reserves in 1993. He received a Master of Arts in Lay Ministry from Southwestern Baptist Theological Seminary in 2009.

Dr. Rice has been active in the community. He has served as the chairman of the International Health Committee for Bexar County Medical Society. He has been a director of the Lions Sight Research Foundation that developed the Mobil Eye Screening Unit and the Lions Low Vision Center at UTHSCSA. He is a member of the Founders Lions Club. Dr. Rice has participated in many medical mission trips to Central America. Serving as medical director, he has led teams that provided eye glasses, medical and surgical services to over 90,000 patients. In 1992, he founded I Care San Antonio, a nonprofit organization dedicated to providing medical services to the indigent. Free cataract surgeries and over 17,000 eye exams and glasses have been given to the needy of San Antonio and Mexico. He is the Medical Director of I Care Vision Center at the Haven for Hope. In 1997, he was a merit winner of the JC Penney Golden Rule Award. He was inducted into the Founders Lions Club Honor Roll in 2002. Dr. Rice received the American Academy of Ophthalmology Humanitarian Service Award in 2010.